A NEW CHAPTER IN OUR HISTORY

Saturday 23rd November 2019 will be remembered as a very special date in the history of our Church in Edward Street.  On that day, an Inaugural General

Minister David Bruton, President of the Spiritualists' National Union, and members attending agreed unanimously that the two churches would amalgamate

from the close of the meeting and the name of the new church would be Brighton and Hove National Spiritualist Church.

In his opening statement, Minister Bruton said on that special day we were making history for Spiritualism in Brighton and he hoped that the decisions taken would lead to the creation of a strong, cohesive and inclusive society of Spiritualists that would endure for many, many years.

We are very proud of our Church at , of the wonderful people who have become our own pioneers who gave so much to what we have today. We have one of the largest Spiritualist Churches in the country and are so fortunate to have such a legacy left in our hands. The members, the various committees our friends old and new who have supported the church have done the most wonderful job over the years and we owe them all so much. The following is a very brief outline of how our church came to be;

in a small back room somewhere in it was decided that:-
The mark of Spiritualism in is continued and that meetings are held weekly for that purpose. It was agreed that the room which the meeting had been formerly held be retained for that purpose at a weekly rental of 4/- and that the expense of sweeping and cleaning the room would be limited to 2/6d per week and that the above expenditure be defrayed out of the weekly offerings, and in the event of the weekly offerings not being sufficient for the purpose each member do subscribe a pro-rata sum each quarter to cover the deficiency. That once each month the service of a well known medium be engaged and that the expense of such engagement be met by a special subscription from each member and friend not to exceed 2/-
That night they formed themselves into a committee and elected Mr. Wilkinson as our first president. There was a lot of moving around in those early years,money was hard to come by and so were premises. Many people were prejudiced towards Spiritualism; just imagine the struggle these people must have faced, not to mention two world wars.
In 1911 Mr. Everett became our third president and our longest serving president of forty years.
It was in 1921 that the Old Baptist Chapel in Mighell Street came up for sale and the owners who were the Virgo family had Spiritual communion, and that old Mr. Virgo had come through and told his family that a Mr. Everett was to be offered the building for the use of Spiritualism.
Many committee meetings took place and it was decided that we would make a sporting offer of £1250 and much to our surprise this was accepted. £1250 was a lot of money in 1921 but Mr. Everett came up with a share scheme to raise some funds and also took on a mortgage.
The purchase of took place and became a very happy Church, strong in membership and with a huge congregation.
Miss Scoggins who later became Mrs. Everett would hold weekly transfiguration demonstrations which would attract many people to the church and raise lots of much needed funds.
In 1951 Mrs. Everett became our fourth president due to her husband's ill health. Mighell Street Church continued to flourish under the leadership of Mrs. Everett but it was on 26th January 1961 after 10 years as president and after re-election Mrs. Everett said that ' due to home duties' she wished to retire in favour of Mr. Davies who's name had also been put forward. Mrs. Everett also suggested that Mr. Davies be put forward as National Minister who in reply said that Mr. Everett should be made honorary life Minister. At the same meeting Mrs. Everett read out a letter which she had received from a Mr. Gough stating that the compulsory purchase of our church in must take place and enclosed formal notice. Of course this was a devastating blow as so much hard work had gone into making the Church at beautiful; it had been the permanent home of Spiritualism in for over 40 years. But then they had just elected a fine leader in Mr. Davies and it wasn't long before a new site for a new church was found. In March 1961 Mr. Davies showed the committee the plan of the new site and it was proposed that the corner position offered should be chosen. In the meantime Mr. Davies said ' We must try to build and strengthen the real church composed as it is of individual members.'

From 1961 - 1965 when our church at Edward Street opened there were many letters, telephone calls, site meetings and headaches for Mr. Davies and the committee to get it right - and he did.
To quote our current president Joan Bygrave's words at the committee meeting held 'Without his leadership, dedication and commitment to Spiritualism this church would not have been built. His example and experience will be greatly missed and he truly is irreplaceable'. Mr. Davies was president for 31 years. Our church is a remarkable place to be. We have only had 6 presidents in 115 years, which goes to show that once you're here you just don't want to leave.

IF YOU WILL ONLY PUT A BOLD FACE ON THE SITUATION AS I DO, LEAVING NO AVENUE UNTROD TO ACHIEVE THE END IN VIEW, THEN AND ONLY THEN, WHEN THE SPIRIT WORLD SEE THAT YOU MEAN BUSINESS TRUST THEM AND WITH ALL THE PHYSICAL POWER OF MY MAKE-UP I SAY TRUST THEM AND I KNOW THEY WILL NOT LET YOU DOWN.
ALL THIS YOU WILL THINK IS PERHAPS BESIDE THE MARK, BUT WHEN I URGE YOU TO DO ALL YOU CAN, I INCLUDE THE NEED FOR RIGHT THINKING, AND RIGHT ACTING, THE PUTTING ASIDE OF ALL PETTINESS, ALL LITTLENESS, ALL MEANNESS WHICH HAS NO PLACE IN THE GREAT CAUSE OF THE FATHER.
IN SHORT, THINK OF THE CAUSE, ACT FOR THE CAUSE, THEN OUR EDIFICE WILL GROW, NOT IN NAME ONLY, NOT IN BRICKS ONLY, BUT A TRULY SPIRITUAL BUILDING NOT MADE WITH HANDS.

A full length version of our Church History is a permanent feature in our church, along with all the oringinal documentation and minute books including our very first minute book which are all on show. 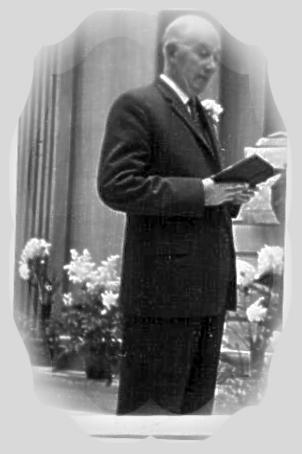 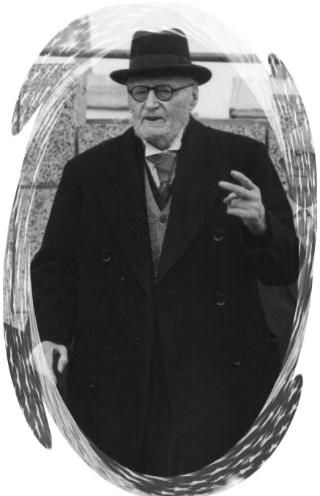 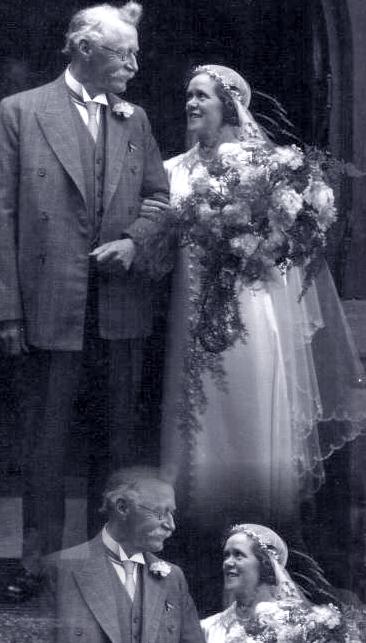 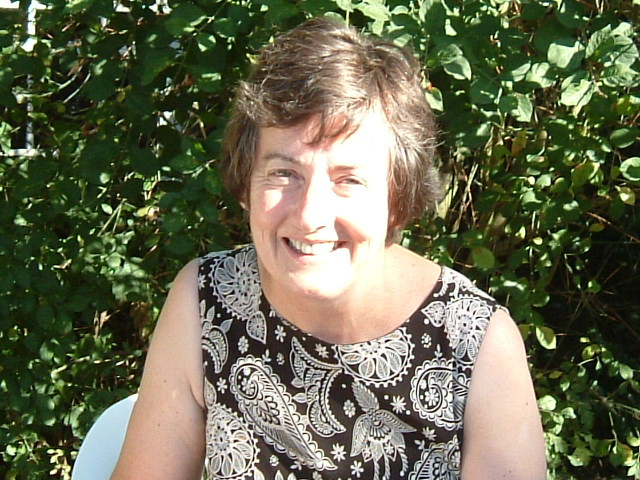 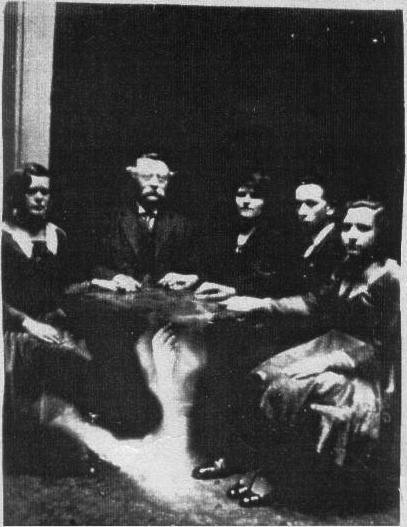 PHYSICAL CIRCLE AT MIGHELL STREET (OUR OLD CHURCH) IN 1932 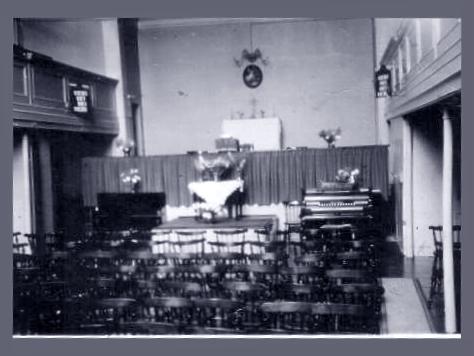 TO MAKE WAY FOR THE BUILDING OF AMERICAN EXPRESS.

In 2003 Maureen Romano, President of Brighton and Hove Central Spiritualist Church, and Lesleigh Badgery researched and wrote a brief history of the church. The first written records they could find showed that from April 1925 meetings were held in the Athenaeum Hall in North Street, Brighton a venue which could seat 450 people and, at that time, Mr Hotton was the President.

In 1961 the hall was demolished as North Street was widened and from then until 1965 the church shared the premises of Brotherhood Gate Spiritualist Church and from 7th November 1965, meetings were held at 19c Norfolk Terrace, Brighton.  In 1978 under the Presidency of Mrs Florence Jemi, a well respected leader and medium the church was able to purchase its own premises and 9/10 Boundary Passage was chosen. On 16th December 1978 the church was dedicated by Gordon Higginson, MSNU, President of the Spiritualists' National Union, and continued to serve Spiritualism in Brighton until 4th November 2019 when it moved to Edward Street in preparation for the amalgamation with Brighton National Spiritualist Church.